The introduction made by Maurizio Martina has already explained how young people represent our hope to keep together increased food production and environmental sustainability in the years to come; the concrete problem is to make these paths feasible from the point of view of the income that young people can derive from them, for themselves and their families.

Often land ownership is linked viscously to old social relations: an impediment from which the
commitment of the Church in the 90s to the “agrarian reform” has arised. Precisely that lesson
reminds us, as underlined by many different FAO papers, that the political will is needed to
encourage to give place to young people.

Such political will cannot be limited to a single measure, but must be articulated in a package of
measures ranging from credit to start activities, followed by reductions and exemptions for young
people’s enterprises, including obviously availability of the land, with trainings and technical
assistance along the way. Take into account also that sometimes the political good will of the
legislator collides with previous legislation; it is necessary to evaluate and make coherent the set of agricultural and food policy measures in the Country (as well as for the businesses there).

Here at FAO, ICRA together with many international civil society organizations (there is an Ad
Hoc Group of International NGOs with representatives in Rome), are co-protagonists and witnesses of a confrontation between two different paths of food systems sustainability. On one side the “Agroecology” proposed by the movements belonging to the Via Campesina; on the other side, the so-called climatically intelligent agriculture with its different adaptations, such as sustainable intensification, precision agriculture and so on.

We can admit that there is a bit of greenwashing among the supporters of technological
innovation, but here we want to emphasize that young people are the most capable of overcoming this opposition with grassroots initiative of widespread entrepreneurship, capable of inspiring the local communities. They have the ability to make use of technological innovation and to manage changes which, in both cases, require a higher rate of intelligence and new knowledge compared to the past; they can creatively adapt their business and activities to the context in which they operate, to its stage of economic transformation and to these opportunities.

This is an aspect that we as ICRA, together with many international NGOs, would like to
emphasize, because it highlights the possibility for young people to be agents of transformation that effectively and actually combines the three dimensions of sustainability. That is to say, not only environmental, but also social and cultural changes, a counter-altar to those economic
concentrations that are presented in the frame of technological responses to the problems of
humanity. Such screen deprive us of our degree of co-responsibility as civil society community, and therefore of our freedom; it depress ourselves to the role of an audience of consumers, and lead to deconstructing the reasons for democratic participation, starting from the organization of economic life.

In the background for Agriculture, is there also the danger of a perfect storm that comes in addition to the problems created by pandemics, wars and climate change (it is the convergence of all these factors that suggests the perfect storm, and is related to the answers to “meat”question.

As the world population increases and when in certain areas of the planet people emerge from
poverty, the demand for animal proteins increases at the expense of the vegetable ones. If the
reference model could be the annual intake of meat by North American citizens few years ago (even Europeans are not joking, but now there is decrease and changes on this matter), our Planet would be able to feed just over 2.5 billion people. Today we are almost 8 billion!. There is also the unfair aspect that the wealthy people of every latitude, with their meat consumption, steal the land from the mainly vegetable diet of the poorest. Instead of giving greater attention to a correct diet replacing the dietary models during the consumerist phase of the last century, and preparing the shift towards the enhancement of vegetable proteins, in particular for the old and new wealthy social classes all over the world; (consider the rules of the “Mediterranean Diet”) there are drastic solutions, justified by some global data that do not take into account the big diversity of conditions in the various territories. Someone proposes the halving of EU farms, while advancing the industrial and technological response of “synthetic meat”; not only but also honey, milk, eggs and, of course, synthetic cheeses.
If there is no capacity to respond with a Regenerative Agriculture involving young people as a
natural spearhead, if no capacity for alert and bottom-up bargaining of these phenomena is shown very soon (at industrial, economic and cultural level) we will see a development of economies of scale and economic concentrations for a “global food” that go beyond the worst nightmares of the already seen ‘old globalization’.
At this point could become prophetic the famous phrase of the children who – I remember during a school visit – said that the milk was made in a factory (sic!). On the basis of slogans and occasional convergence of interests, “wishful thinking” between high finance, economic power, animal rights and environmentalists’ messages plus some vegetarians and vegans all united by the individualistic primacy of rights, we would receive an absent-minded and furtive “changed period” (apart from the epochal change) involving the relationship with food, with work and with the environment, also with our cultural and spiritual roots.

Perhaps is time to think about it, trying to go further by avoiding too large economic concentrations of power, looking for better adaptation to the territories and communities needs, rather than thinking about how to transform them into loyal customers.

Slogans could be the cause of serious heterogenesis of purposes, such as the halving of heads of cattle in Italy instead of a progressive improvement of livestock (circular economy), in period of
economic-social transformation when probably many “oxen have already fled from the stables”.
Because such a scenario, instead of improving the environment, would further worsen our
biodiversity and the environmental control of the abandoned areas and finally because the
outsourcing of more livestock costs will increase the burden for the poorest. 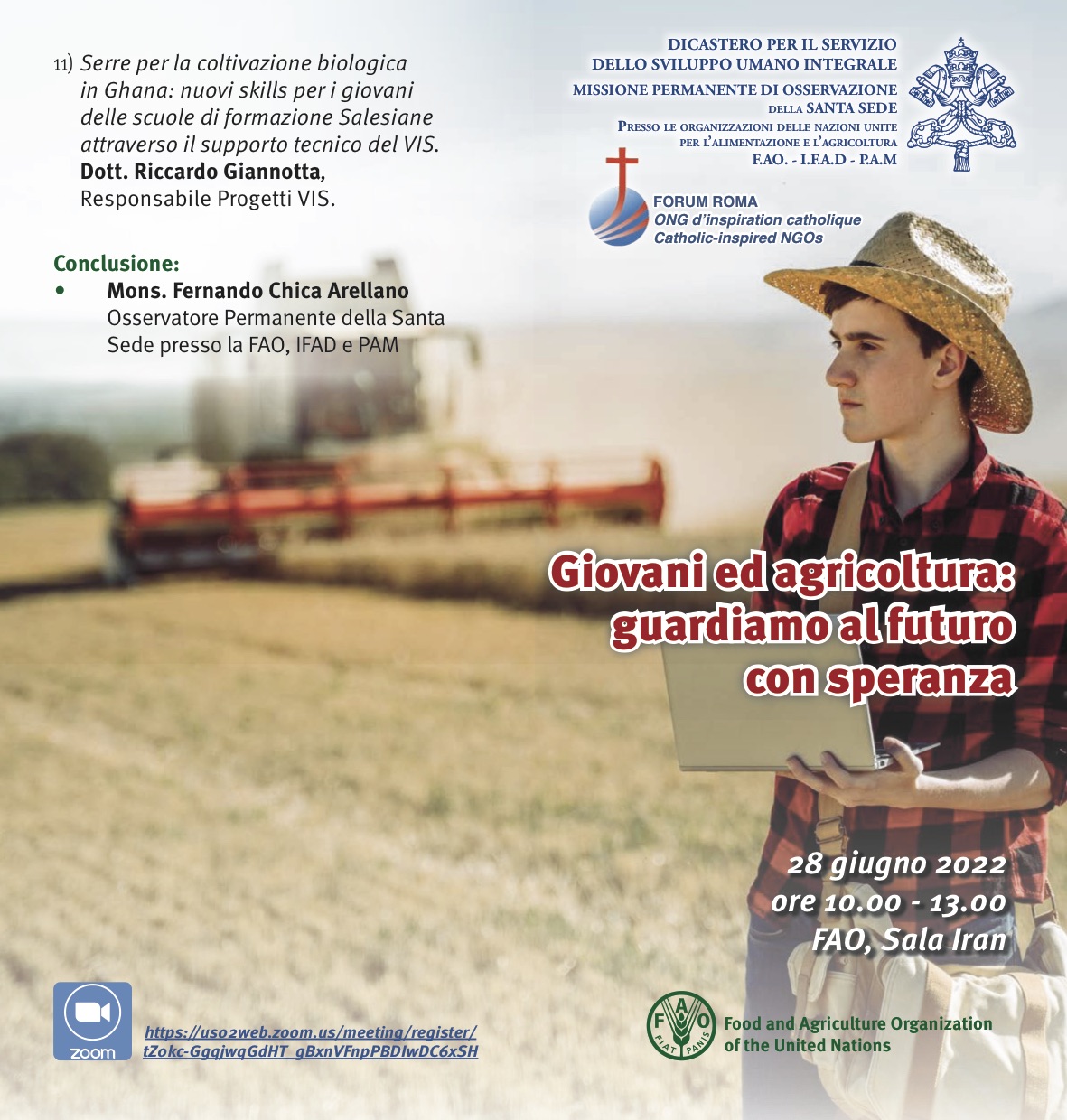 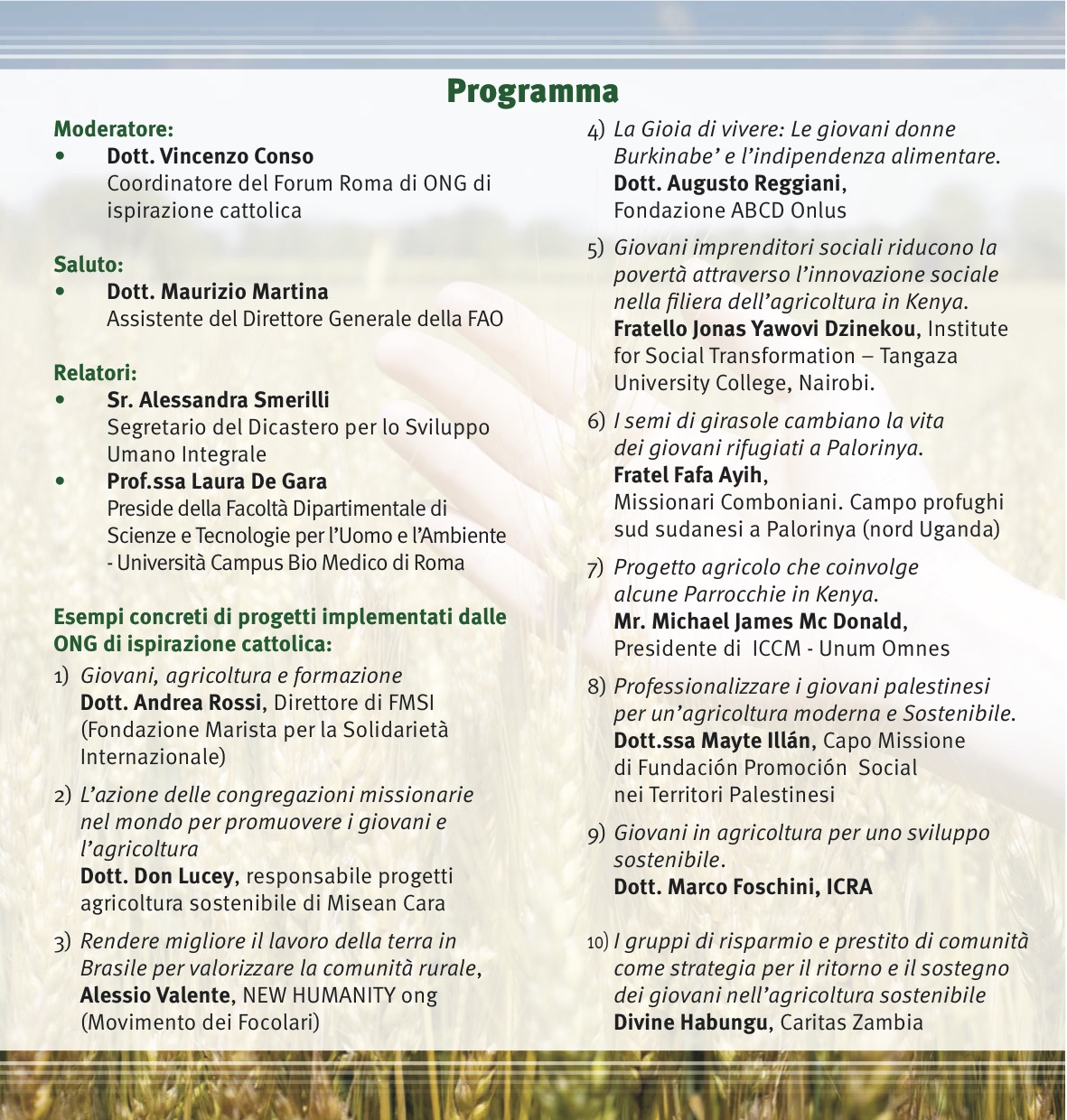 IFAD chooses its top finance executive, Alvaro Lario, as next president to lead response to the global food crisis

IFAD chooses its top finance executive, Alvaro Lario, as next president to lead response to the global food crisis