The global economy is facing an increased risk of stagnation, climate change is striking harder and more rapidly than expected, and fragmented cyberspace threatens the full potential of next-generation technologies — all while citizens worldwide protest political and economic conditions and voice concerns about systems that exacerbate inequality. The challenges before us demand immediate collective action, but fractures within the global community appear to only be widening. Stakeholders need to act quickly and with purpose within an unsettled global landscape.World Economic Forum’s Global Risks Report is published as critical risks are manifesting

Hundreds of people lost their lives, thousands of people were injured, detained and arrested in these popular movements where the clashes, violence and looting events between the police forces and demonstrators turned the streets into the battlefield.

From earthquakes that demolish cities, to cyclones that cause flooding and property damage, wildfire in Australia and other extreme weather events, natural disasters around the world loss of many life, leave destroyed landscape, property.

Also 2020 started with the coronavirus, which originated in Wuhan, China’s Hubey province in December and spread to 27 countries, continues to die.
Flood disaster in Indonesia on the first day of 2020,
Taal volcano is in operation in the Philippines,
Avalanche disaster in Pakistan Kesmir,

Turkey Manisa , Elazığ earthquakes, Van avalanche disaster, plane crash in Istanbul as a factor of weather conditions and floods in the Mediterranean Region… 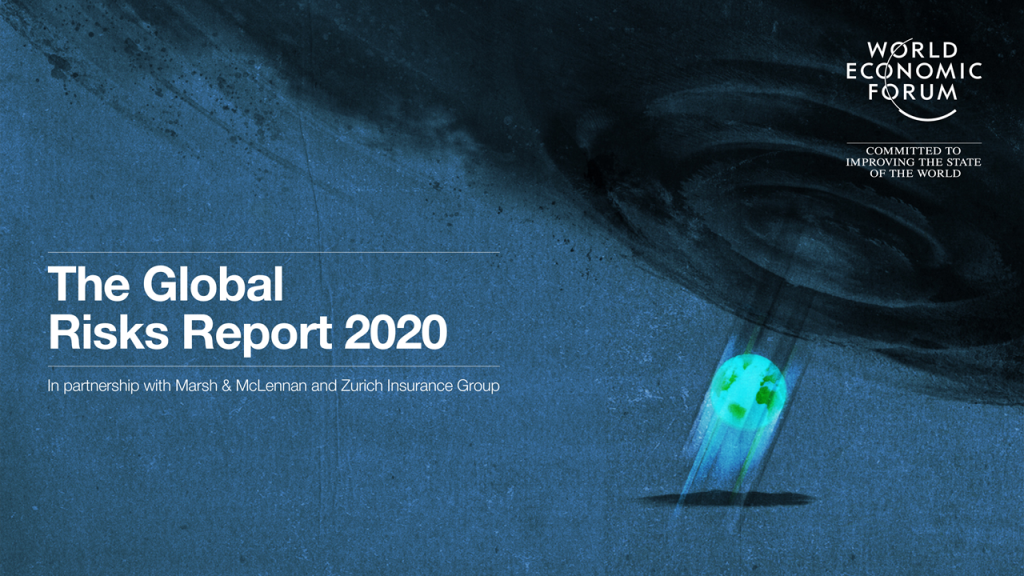 The 15th edition of the World Economic Forum’s Global Risks Report January 2020, comes as long-mounting, interconnected risks are being felt.

“The global economy is faced with a “synchronized slowdown”, the past five years have been the warmest on record, and cyberattacks are expected to increase this year—all while citizens protest the political and economic conditions in their countries and voice concerns about systems that exacerbate inequality. Indeed, the growing palpability of shared economic, environmental and societal risks signals that the horizon has shortened for preventing—or even mitigating—some of the direst consequences of global risks. It is sobering that in the face of this development, when the challenges before us demand immediate collective action, fractures within the global community appear to only be widening.”

According to the Oxfam report, economic inequality is out of control. In 2019, the world’s billionaires, only 2,153 people, had more wealth than 4.6 billion people. The report indicates that “This great divide is based on a flawed and sexist economic system that values the wealth of the privileged few, mostly men, more than the billions of hours of the most essential work.

On the other hand the unpaid and underpaid care work done primarily by women and girls around the world, tending to others, cooking, cleaning, fetching water and firewood are essential daily tasks for the wellbeing of societies, communities and the functioning of the economy. The heavy and unequal responsibility of care work perpetuates gender and economic inequalities.”

We all agree that this has to change. Governments around the world must act now to build a human economy and values what truly matters to society, rather than fuelling an endless pursuit of profit.

Nearly half the world is trying to survive on $5.50 a day or less, according to new figures from the World Bank. Many people are just one hospital bill or failed harvest away from destitution. Inequality is one of the major reasons for this; a huge share of global income growth consistently accrues to those at the top, leaving those at the bottom further and further behind.

Gita Gopinath, the IMF’s chief economist, said in a written statement that; “The projected recovery for global growth remains uncertain. It continues to rely on recoveries in stressed and underperforming emerging market economies, as growth in advanced economies stabilizes at close to current levels”

Some risks have partially receded with the signing of the agreement of U.S.-China Phase I trade deal and Brexit approvals by the parliaments.

There are signs of stabilization but there are no clear signs of a turning point for the world economy. There is simply no room for complacency, and the world needs stronger multilateral cooperation and national-level policies to support a sustained recovery that benefits all. And also with the words of President Trump “is globalization coming to an end and the world need a new system.”

The decision makers and experts who attended the Davos 2020 meeting expressed their views on the following issues within the context of these uncertainties.

Tenage climate activist Greta Thunberg was chosen as Time’s Person of the Year following a year of floods and droughts, when fires ravaged Australia and the Amazon, and, we hope that leaders’ have more concerns for environmental issues for a better future.

The world is facing an ever-growing number of interconnected geopolitical threats. US sanctions policy, stalled revolutions, protectionism, digital disruption, climate change, political violence, and other forces of disruption have introduced unprecedented levels of volatility for businesses to navigate. Some of the worst business disruptions in 2020 will likely to come from the intersection of multiple geopolitical risks.

Issues like climate change, digital disruption, and migration will act as threat multipliers in 2020, but a number of country specific threats will complicate the global chessboard as well.

According to the surveys done by World Bank in 2019, business losses due to political risk were higher than ever. Comprehensive, systematic risk analysis will be imperative to minimizing losses and maximizing opportunities in 2020.

For the first time in the survey’s 10-year outlook, the top five global risks in terms of likelihood were all environmental, with extreme weather events, human-made environmental damage and disasters and major biodiversity loss and natural disasters from earthquakes to tsunamis all the likeliest risks in 2020. In terms of the severity of impact over the next 10 years, the top risk was deemed to be the failure of climate change mitigation and adaptation.

“Geopolitical turbulence is propelling us towards an ‘unsettled’ unilateral world of great power rivalries at a time when business and government leaders must focus urgently on working together to tackle shared risks,” the report stated.

WEF said that collaboration between world leaders, businesses and policy-makers was needed to stop severe threats to the climate, environment, public health and technology systems.

Borge Brende, president of the World Economic Forum, said that “The political landscape is polarized, sea levels are rising and climate fires are burning. This is the year when world leaders must work with all sectors of society to repair and reinvigorate our systems of cooperation, not just for short-term benefit but for tackling our deep-rooted risks,”

The Impact on Women

Women play a critical role in driving economic development throughout the world. The increase in female employment has been the main driving force of economic growth in the last few decades. Empowering women economically can lift entire families and communities out of poverty.

Women in poor countries are more likely than men to spend their income on food, education and healthcare for their children – creating powerful, positive and measurable benefits to society.

According to the UN Development Program, women make up a majority of the world’s poor. Since women will suffer most during the economic crisis, there is a great need to expand economic opportunities for women. Furthermore, women can play a major role in rebuilding the world economy.

Ngozi N. Okonjo-Iweala, (World Bank) says that it is not just about fairness, it is “smart economics.”

Greater vulnerability to human trafficking. During economic decline, more women and girls migrate away from their home communities in search of economic opportunities within their own countries or abroad. Unfamiliar with fair labor practices, many fall prey to human traffickers, who deceive them into situations of forced labor or commercial sexual exploitation.

Increased school drop out rates among girls. Parents may be forced to take their children, especially girls, out of school and into the workforce to supplement scarce household incomes.

So, as women can be a driving force for economic recovery, but they must be meaningfully included in economic and workforce development strategies.

The following are some recommendations that will help increase women’s economic security during the ongoing uncertainities: