AHG took part to a webinar held by La Via Campesina.

On April 17, La Via Campesina commemorated the International Day of Peasants’ Strugglei in a context that once again validates the historical role of the peasantry in societies and their fundamental task of feeding the people, even in times of war, fascism, authoritarianism and pandemics.

On April 17, 1996, members of the Landless Workers‘ Movement MST were shot dead by the military police of the state of Pará with impunity. This incident shocked the whole world and provoked massive resentment, especially in rural communities. La Via Campesina responded with solidarity actions and demands for justice, mobilising peasant communities not only in Brazil or Latin America but all over the world. It declared April 17 as the “International Day of Peasant Struggles” to keep the peasant resistance alive in memory.

This year, owing to the massive lock down in many countries due to the spread of Coronavirus, there’s a calling for creative mobilisations.

A moment of crisis like this reveals that our interrelationship with each other as humans is important. We are much more interconnected with each other than this brutal economic system leads us to believe. However, to protect the health and integrity of our members, friends, and allies, we are not issuing a call for land occupations, mass marches, public talks, public forums or film screenings this April 17, 2020. 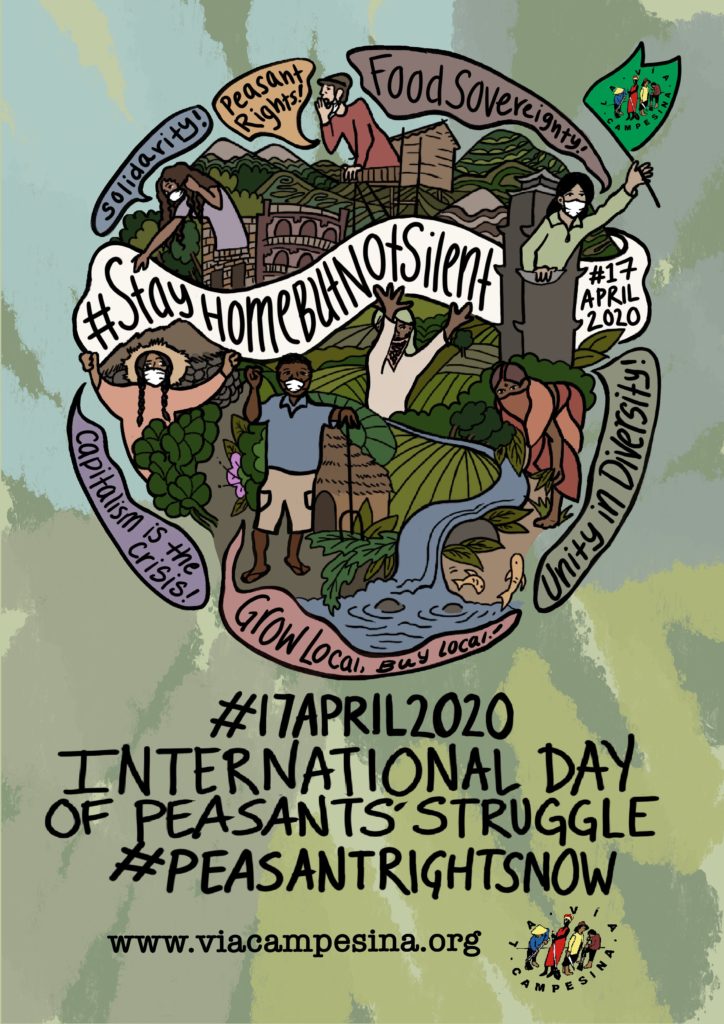