The great feast of San Ignacio de Moxos: colours, lights, dance, costumes, and the safeguard of the Amazon.

We’re happy to announce that “Amazonia La Loma Santa”, a film directed by our RfP Member Lia Beltrami has been awarded with the International Short Film Female Award at the 4th Portoviejo Film Festival, Ecuador. 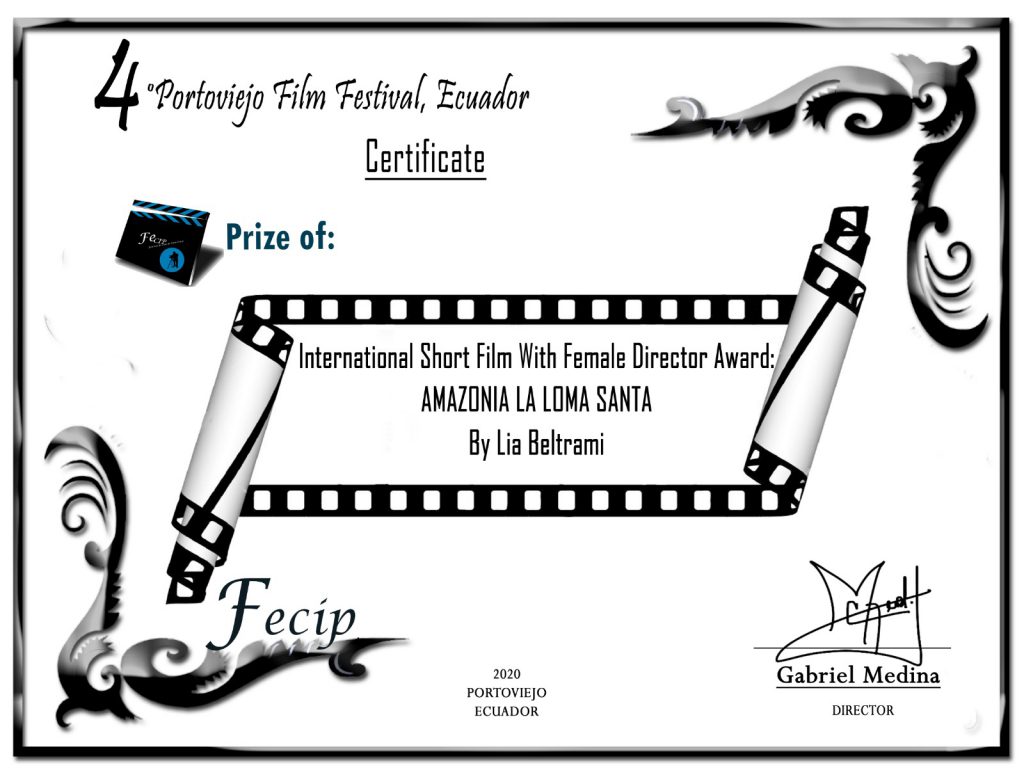 Every year the inhabitants of San Ignacio de Moxos, a large Amazonian village in northern Bolivia, celebrate Ichapekene Fiesta, a festival that reinterprets the Moxeño myth of the victory of the founding father of the city, the Jesuit Ignacio de Loyola and mixes it with indigenous traditions. The festival lasts a week night and day, with processions, drums, songs, dances and games with the bulls. The greatest representation of the victory of San Ignacio involves 12 “sun warriors” who wear extraordinary feathers and fight against the guardians of the sacred flag, the ancient masters of the forest and water, before defeating them and converting them to Christianity. This rite can be considered an act of faith, by the villagers but also a constant rebirth, which allows the Moxeños to be reborn in the Christian tradition but in agreement with their ancestors. The main procession includes 48 distinct groups of participants disguised as ancestors and animals and embodies the respect and harmony of nature. Accompanied by bright firecrackers (which symbolize the gift of light), drums and baroque music joke and laugh with each other accompanying the statue of the saint through the streets of the town.

Safeguarding the Amazon rainforest is vital for the whole world. Mojene festivals and traditions reflect the sacredness of the area.