One of the privileges of living in Rome the ethernal city, is also to have the honour to serve IAW as representative to FAO. We meet every month with the others NGO’s at the Ad hoc group meeting at FAO headquarters.

In June 2019 we joined the International Conference “The Future of Food: High level event on the Mediterranean Diet”.

It was very interesting listening to FAO Director General José Graziano da Silva, speaking about the Mediterranean diet which has successfully combined the available food in the region, often grown by family farmers, for thousands of years. “If we allow it to disappear, what will be lost is not only the Mediterranean diet itself but also all the culture and the environment that enabled its development,” he said.

Graziano da Silva stressed that UNESCO’s inclusion of the Mediterranean diet on the world’s Intangible Cultural Heritage list, denotes not only its health and safety dimensions, but also emphasizes the cultural, environmental, social and economic benefits it holds, and not only for the territory.

General of UNESCO-Audrey Azoulay Director and Plàcido Plaza-Secretary General of the CIHEAM, discussed how to preserve the Mediterranean Diet. He warned about the important cultural, social, environmental and heritage loss linked to the loss of sustainable local diets, including the Mediterranean diet.

At the end of the conference, we had quick chat with Mr da Silva to congratulate for the amazing job he did in his two mandates, knowing that in one month from now, the new DG will be nominated.

*Valeria Mangani is an Italian best-selling author in Nutrition and Women’s Consciousness sectors. She published 10 books for the “Nature&Health” series, by Tecniche Nuove editor in Milan. She also taught the “Quality of Life” master class for postgraduate students in Occupational Medicine at La Sapienza University of Rome.
She founded an incubator fostering Sustainable Fashion with innovation technologies such as block chain, luxury up-cycling, crispr and brand digitalization; with the mission to create a more sustainable planet, hence disrupting the old polluting systems for the sake of human well-being. At the centre of interests there lies the protection of the well-being of women, for a physical and cultural integrity. 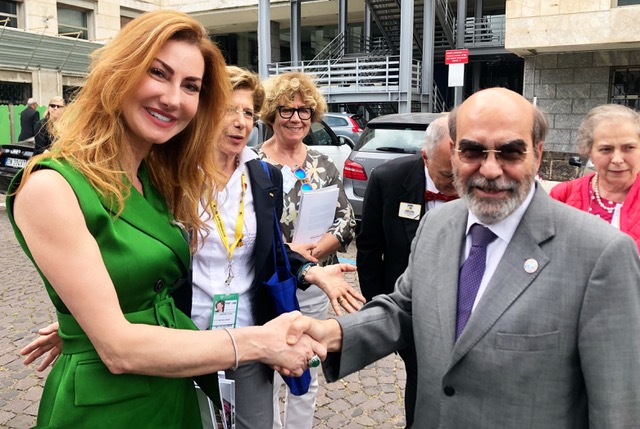 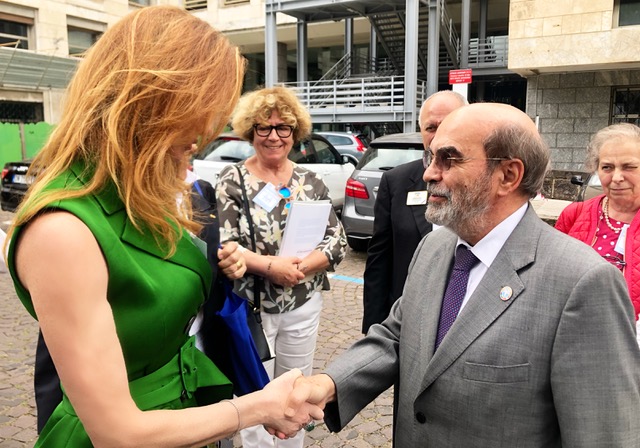